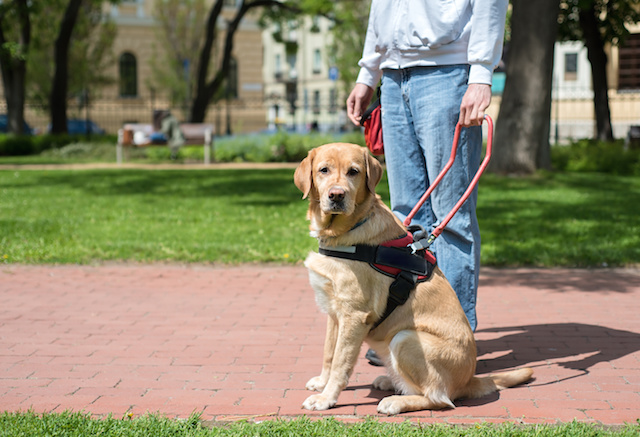 Within the boundaries of the United States, the HOA is the homeowner association. It’s a private networked that was previously developed by a developer of real estate. The purpose of having homeowners associated was to market, manage and sell homes within a specified subdivision of residences.

As most homeowner’s know, homeowner’s associations have rules. Their rules may not always line up with one’s lifestyles, general styles, or choice in pets. People are attached to their pets in many ways, and some people have pets that are kept for health and mental purposes, so it’s essential to find out what the local homeowner’s associations rules are. In accordance with findings by the Humane Society, four in ten American homes have at least one dog.

Dogs can be denied through a homeowner’s associated by size, breed and even through noise level. Though many people love pit bulls and claim that their pit bull is safe and wouldn’t hurt a baby, the statistics tell a different story. In the year of 2016, there were 41 deaths directly related to dog bites, with 22 of these deaths being attributed to pit bulls. Three of the deaths involved a Labrador, and two deaths were mixed breeds containing bloodlines from rottweilers, bulldogs and German shepherds. Unfortunately, thirty-one percent of the deaths were babies within three to six days old, and forty-two percent who were lost were youths who were under nine years of age. Fifty-eight percent of the deaths were in people who were thirty years of age and over. Pit bulls and Rottweilers were responsible for seventy si percent of deadly and fatal attacks from the years of 2005 to 2016. These statistics did not account for the actual attacks that did not result in death. In accordance to the CDC (The Center for Disease Control and Prevention), almost 5 millions Americans (more than half being children) experience a dog bite each year. Even if the bite does not cause death, it can cause infection, loss of sight, loss of limbs and other medical catastrophes that could be potentially life-altering. Out of these sites, about nine-hundred thousand demand medical attention. Insurance claims regarding dog bites have paid out more than a little over five-hundred millions of dollars in dog bite-related claims in the year of 2014.

If someone has been the victim of a dog bite attack, with resulting high medical costs to assuage the damage, especially within a homeowner’s associated regulated area, one may need the assistance of an HOA attorney. For those afflicted from a dog bite, it is their legal right to be compensated for any loss, hospital bills, lost work pay, and pain and suffering. A homeowner association attorney can help offer knowledge of local and regional dog laws and possibly enact the Covenants, Conditions and Restrictions act that places restrictions on animals deemed potentially hazardous to one’s health.

An HOA attorney can help determine if the dog who administered the bite was even allowed on the premises. A common thread among most dog owners with a dog that has bit someone is to mention that the dog is a service animal. Contrary to popular belief, the Americans with Disabilities Act does not apply to homeowners associations. This does not mean that Homeowners associations do not have to follow the federal Fair Housing Act. They also have to support the rights of those who are disabled, and they have to know how to prevent discrimination as well. A qualified HOA lawyer can detect what loopholes and unturned leaves are available to help one win a case against a dog that has attacked within an HOA regulated area. Usually, the tenant and owner of the dog within a dog bite case are considered the primary party that is responsible. If the homeowner had any knowledge that the dog was on the premises, and they permitted the dog to roam freely without a leash, then liability regarding HOA may be minimal.

Scenarios like this need to be dissected with a fine tooth comb by an experienced HOA attorney. Most homeowners associations have a delegated process for delivering notices and fines to those in the HOA area that have not followed the dog rules, whether it be the noise ordinance, amount of dogs, type of dogs, size of dogs, or more dog-related issues. A skilled HOA lawyer can help one navigate the mess of dog bites, regulations and HOA related rules and regulations while delivering well-deserved justice.