What Should HOAs Do About Loud, Barking Dogs? 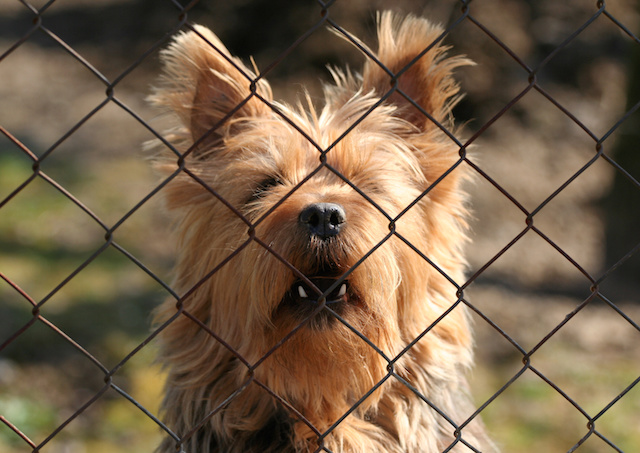 For some, dogs are man’s best friend. But, when a loud dog is living next door and keeping you up at night while filling your days with its barking and howling, a dog can feel much you’re like the bane of your existence than a BFF. HOAs frequently hear complaints, either formally or informally, from residents about another homeowner’s barking dog. While such disputes may seem relatively insignificant, pitting one homeowner’s best friend and against another’s ability to get sleep at night can be a perfect storm for the neighbor-on-neighbor hostility that presents itself right at the HOA’s feet. Thus, HOAs should take complaints about loud, barking dogs seriously.

What do the CC&R’s Say About Neighbor Nuisances?

The first place for the HOA to look in determining how to respond to a barking dog complaint is to see what the Declaration of Covenants, Conditions, & Restrictions (CC&Rs) says about noise and pets. Depending on the specificity of your CC&Rs, there may be provisions which relate directly to pets and the noise made by pets.

In many cases, though, there will not necessarily be a provision on pets but a general rule on nuisance and noise. Such a rule might state that no neighbor can take or allow action that interferes with another neighbor’s “quiet and peaceful enjoyment of his property.” Certainly, a barking dog has the potential to do just that, and yet such vague provisions can make enforcement challenging. Consider whether your HOA needs more specific rules in place dealing with noise from pets.

A common initial enforcement action for an HOA is to send a letter to the homeowner where the dog is residing with an explanation of the complaint and how the homeowner is exactly violating the CC&Rs. Again, if your HOA has rules that are more specific – e.g. “no pets should make noise audible between units between the hours of 9 PM and 7 AM” – this may be easier to state than if it is a general nuisance clause, but, at any rate, it is important to explain exactly what rule is being violated.

Along with this, your HOA board will want to have some evidence in place that the homeowner is actually violating the rules. Certainly, another homeowner’s complaint is itself a form of evidence, but it is not a particularly strong form of evidence. To the extent that the complaining homeowner has other evidence, such as video/audio evidence, or a written log of the times in which the dog has excessively barked, this will help the HOA in being able to take decisive action and avoiding a “he said, she said” situation.

Finally, it is always important for HOAs to avoid selective enforcement of rules against barking dogs to avoid, as much as possible, the “what about…” response of a homeowner saying you should not take action against him because you did not deal with another dog situation. This is where having evidence helps to backup your HOAs decision to take enforcement action against one homeowner and not another.

At Goodman Law Group, our sole focus is on meeting the legal needs of HOAs, including creating and implementing HOA policy and responding to homeowner concerns. Contact us today to discuss any legal challenge your HOA is facing.